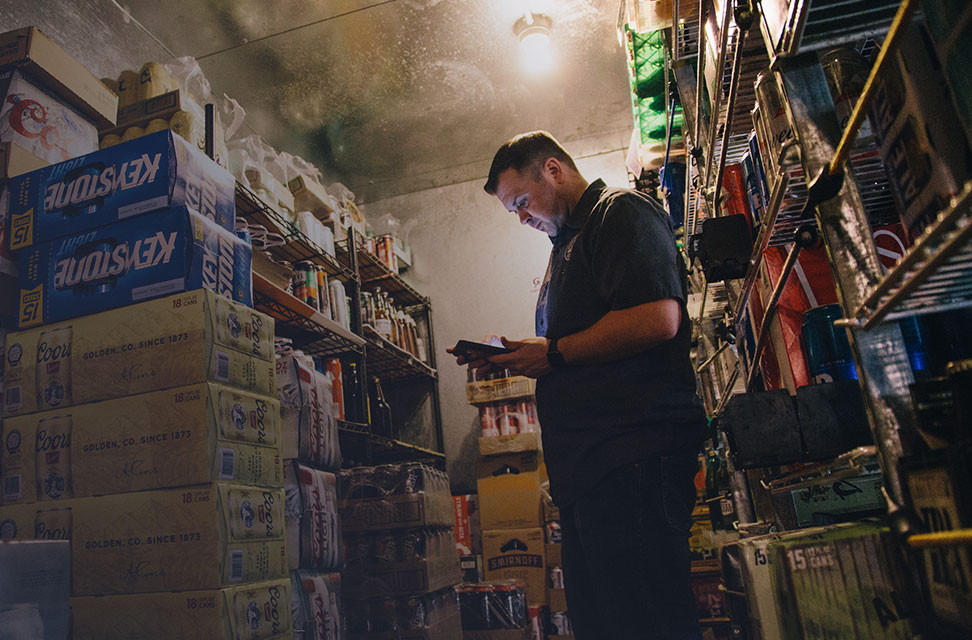 There’s no secret that the key holiday periods of the year are crucial for winning in the beer business. “Key Weeks”, the full week prior to the week of the holiday can be known for selling up to 300% of the normal volume of a regular week. While this presents a great opportunity for distributors it also creates some problems. I won’t get into the logistics issues on this blog, but rather the challenges of shelf inventory and displays.

When you’re approaching Memorial Day, July 4, or Labor Day, there’s always a key Friday just before when beer is flying off the shelves at local retailers faster than it can be stocked. This activity generally begins around 3 PM and can last well past 7 pm on these special Fridays. I’ve had the pleasure of “speed-stocking” some of the fastest shelves in the west: Chico, California; Pupukea, Hawaii; Mission Beach, California; Kirkland, Washington; and Milwaukee, Oregon!

But the challenge with this key period, Fridays from 3-7pm, is that (sometimes sales reps) supplier reps often don’t want to work this late which kills the opportunity for speed-stocking when it counts most. And who can blame them for wanting to start a 3-day weekend early?

One year I attempted to solve this conundrum. I told my team that they could participate in this “optional” program for an alternative day off. I told them that if they sent me a photo of themselves stocking beer with a distributor rep, AFTER 5 PM on a Friday, that they would be excused from work on the following Tuesday. So yes, they would get a late start to that 3-day weekend, but hey, it just became a 4-day weekend!

The feedback from our distributor network was tremendous. We were the only supplier working the Friday afternoon trade and NEVER before had a supplier encouraged and participated in speed-stocking store shelves after 5 pm on a Friday leading into the 3-day holiday. My employees told me that the first time it was a little weird having Tuesday off but for the next few key holidays that they begun to “plan” for it. They booked camping sites for Monday night. They booked return airfares for Tuesday evening. And they booked family entertainment venues for Tuesday – when everyone else had gone back to work.

Eventually the HR department found out about our scheme and asked me to discontinue to the practice of allowing untracked vacation days. But really, what do suppliers do on the Tuesday after a 3-day weekend anyway other than collect sales numbers? Nobody visits distributors. Nobody works the trade. And nobody travels.

It was and still is my opinion that the upside as measured in case sales, camaraderie, and distributor partnership were all worth not being able to be found when nobody was looking for you (post-Tuesday).

If you’re a distributor and you’d like to see your suppliers speed stock the next holiday weekend just invite them on social media using the #speedstocking hashtag.

And if you don’t get anyone to join you, contact US at @iSellBeerApp and we’ll support the first 4 distributors to respond to this blog post for the next big holiday weekend!!! Bam! Let’s stack some beer on Friday night!